How to Grow a Lavender Hedge

After we built our house and some initial landscaping was put in, basically a lawn and plant beds surrounding the house, I started thinking about the types of plants I wanted filling the beds. The short story is that I ended up planting lavender plants to create a beautiful hedge. The long story is that initially, we paid a landscape architect to come in and draw up a plan but it would have been so expensive to bring the plan to life and I didn’t love that the plan seemed to have such a modern day style. I wanted our farmhouse to feel like a farmhouse and have plants that seemed to fit more of what an old farmhouse would have had. Bringing that vision to life has actually been a trickle-like process for me as I wait for ideas or inspiration to come to me and try to do a little each year. 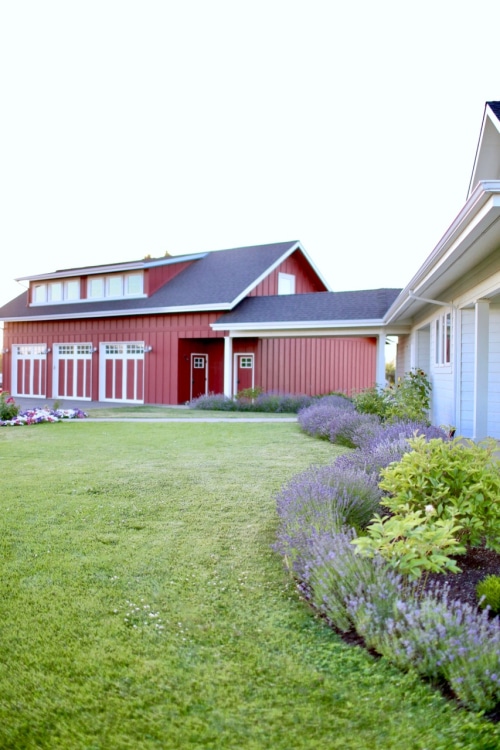 One of the first things I did was to put in lavender plants all along the front edge of one of the beds. I’d never grown lavender before and I know this will probably sound shocking… I’ve never been the biggest lavender fan. But for some reason, when I saw the plants at my local nursery, they seemed very farmhousey and I liked that, so I decided to give the plants a try. The starts came in tiny pots and I planted them with about 12 inches in between each other, hoping that they’d grow and fill in, creating a hedge of some sort. 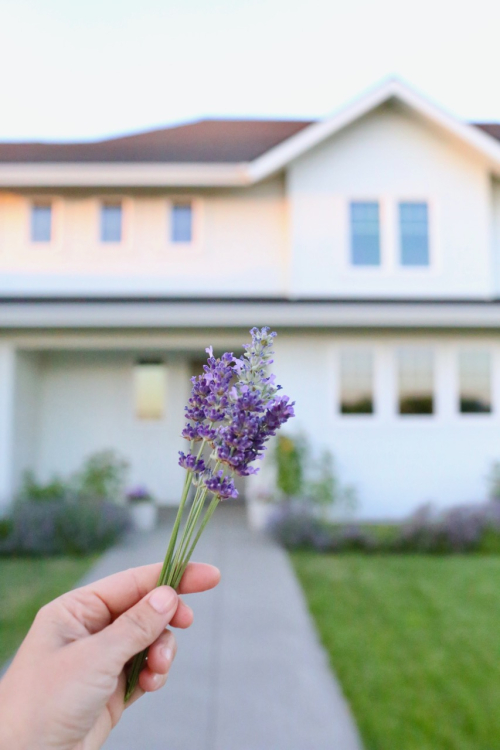 Caring for them has been very easy. We have built-in sprinklers and they get watered every day. They get a lot of sunlight and the soil drains well. I can’t quite remember, but I think it took about two years for those initial plants to grow and fill in. The first couple of years I didn’t clip anything off the plants but as they grew bigger, I began trimming them back by hand in the fall. Three years ago I decided that I really liked the lavender and how it was looking on the first bed and decided to plant them all along the front of another of the beds, which is the largest one of all, wrapping around the front of the house and to the back patio. Last year we purchased a heavy duty hedge trimmer to trim them up into a square hedge in the fall. The stalks of the plants can get very big and tough, like tree branches, so the heavy duty trimmer is the only thing I found that was able to cut through the growth and create a hedge that actually looks really neat, tidy, and square, which is what I want for the winter months. To me, I think spring and summer lavender looks great being wild and free, but in the winter, it’s nice for it to be clean and tidy and I think the plant likes renewing itself each spring too.

My plants are all English Lavender, a combination of Hidcote and Munstead varieties, which is nice because there are subtle differences, including shades of color that look so pretty next to each other all in a row. This wasn’t planned out but ended up working out nicely. They produce a TON of seeds and I do have a TON of seedlings that pop up each spring from all the seeds that drop. There’s really no getting around that. To deal with all the seedlings, I simply take a Hula Hoe (aka stirrup hoe or scuffle hoe) and work the soil until they’re gone. I repeat this a few times more in the coming weeks until they’re all gone. 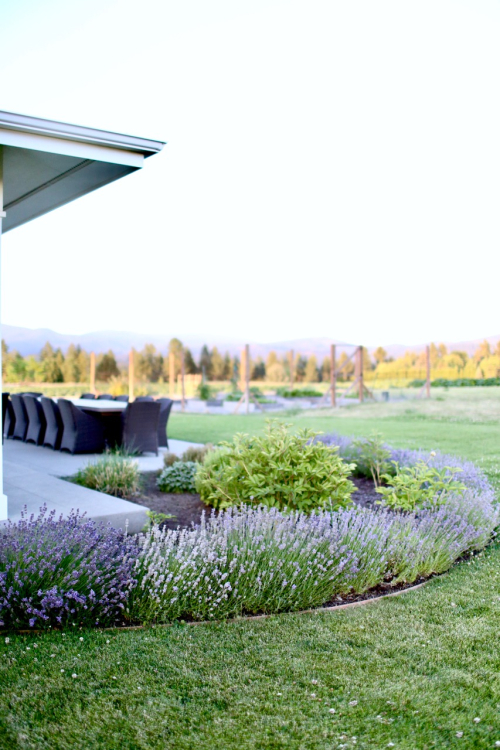 This bed was the second to be planted and has filled in nicely. It runs from the front of the house around to the back patio.

In the end, I love the lavender. It smells so beautiful in the evening, especially when a little breeze comes through and sends little wafts of lavender aroma all around, or when the lawn is mowed and bits of it get chewed up by the blades and smells like heaven. I was so happily surprised that the smell is so soft and sweet, not the pungent smell of lavender that I had smelled in lavender scented things. And it feeds so many bees! 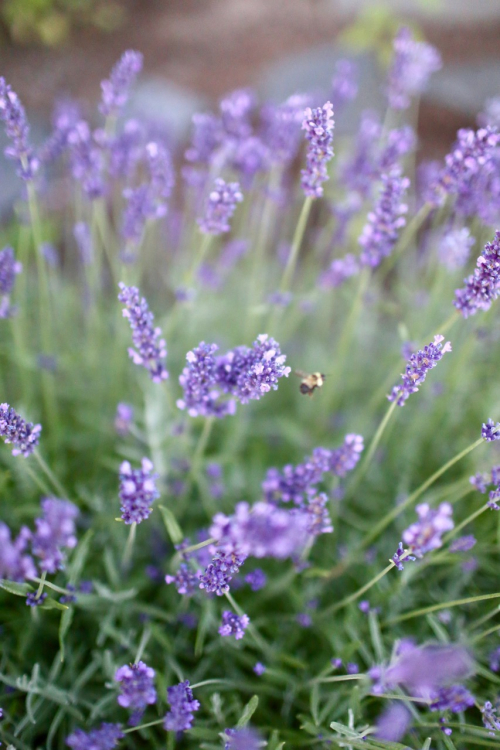 I recommend buying your plants from a locally-owned nursery that only sells plants that will truly grow in your area. It’s a mistake to think that just because plants are being sold at a store near you that the plants will grow there too. Read the labels on the plants before you buy them! I have seen countless plants being sold at box stores that aren’t rated for our local growing zone or anything close to it!

If you want to grow a hedge, consider a test planting first before making a huge investment. What if the plants don’t do well with your soil, amount of sunlight, winter temperatures, etc. 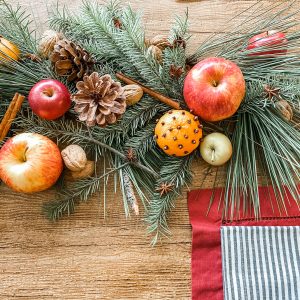 Tablescapes add such a nice, warming touch to your home during the holidays. This year I decided to go with simple natural elements (greenery, fruit, and nuts) that are really pretty when gathered together. Best of all, it was really simple and inexpensive to create.I...

END_OF_DOCUMENT_TOKEN_TO_BE_REPLACED 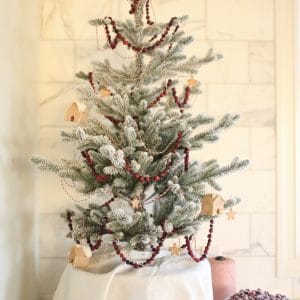 Decorating the kitchen with a small Christmas tree adds an extra bit of holiday cheer to your home. To continue my gingerbread theme this year, I made mini gingerbread houses and tiny stars for the ornaments and strung fresh cranberries as a garland. To finish it all...

END_OF_DOCUMENT_TOKEN_TO_BE_REPLACED 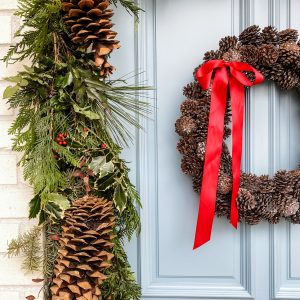 How to Make a Fuller Garland

I love the tradition of placing a garland around the front door and I've discovered that I can make it much fuller by adding more elements to the garland once it's hung. I'll show you how! The first step is hanging the garland. I don't want to place any nail holes on...