Saying Goodbye to my Childhood Home

I went home to Yreka, California one last time to say good-bye to my childhood home, where we settled after leaving Croy Gulch. My parents have moved into town because they’re getting older and can no longer live their primitive lifestyle. We I can’t believe it finally happened. We never thought we’d see the day when they’d leave this place, let alone give up the lifestyle they’ve always known. 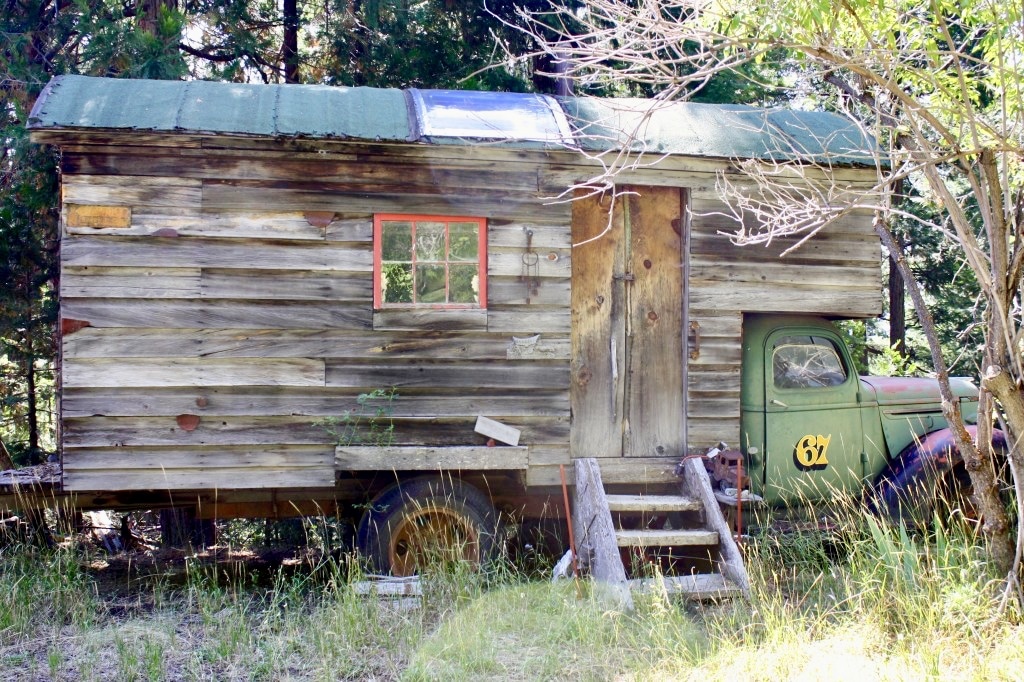 Our first home, the Gypsy Wagon, slowly being surrounded by the elements. 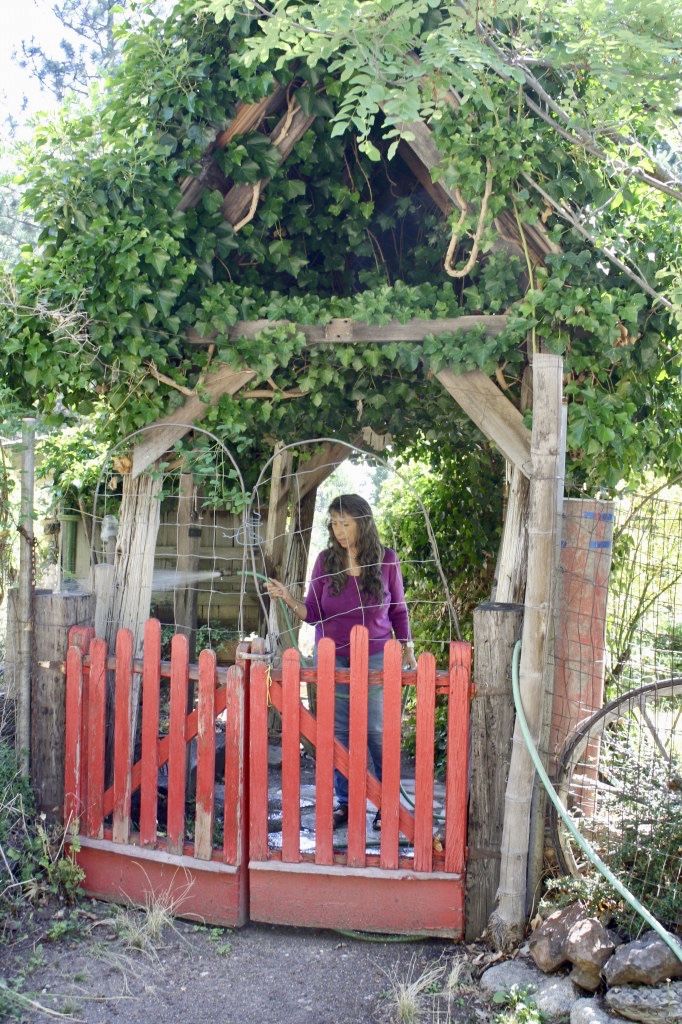 My mom can’t help but water the garden that she loved and cared for all these years. 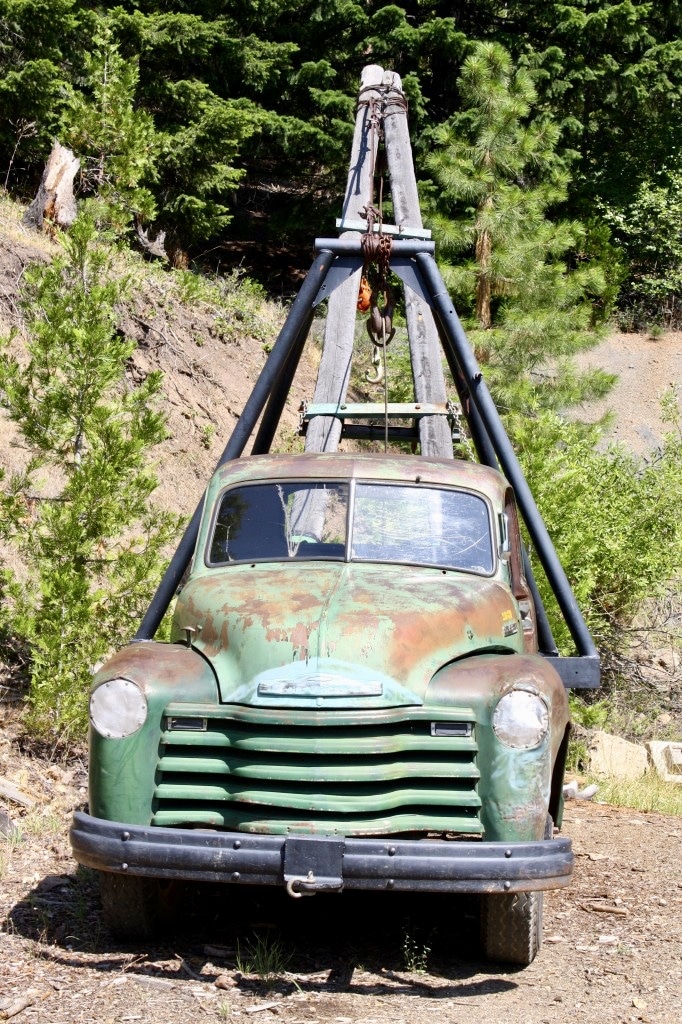 My dad’s beloved boom truck that raised many a log.He won’t let the boom truck go, it means too much to him (above).

I had mixed emotions about going back and it’s hard to explain, really. This remote home was a piece of me, mostly a friend, but sort of an enemy. Honestly, it was a really hard place to live and an incredibly lonely place, for me. Inside of me, I was terribly terribly lonely and feeling cut off from the world that I wanted to be a part of, so the land became my friend. I’d hunt for arrowheads, make little villages for imaginary gnomes and fairies out of bark and twigs, and create little play places of my own, where I’d sit and dream of my future life for hours on end. The land was good to me, but I was terrified of never getting away, being stuck in this place that for me was very confining. No phone, no electricity, no running water, no contact with the outside world. 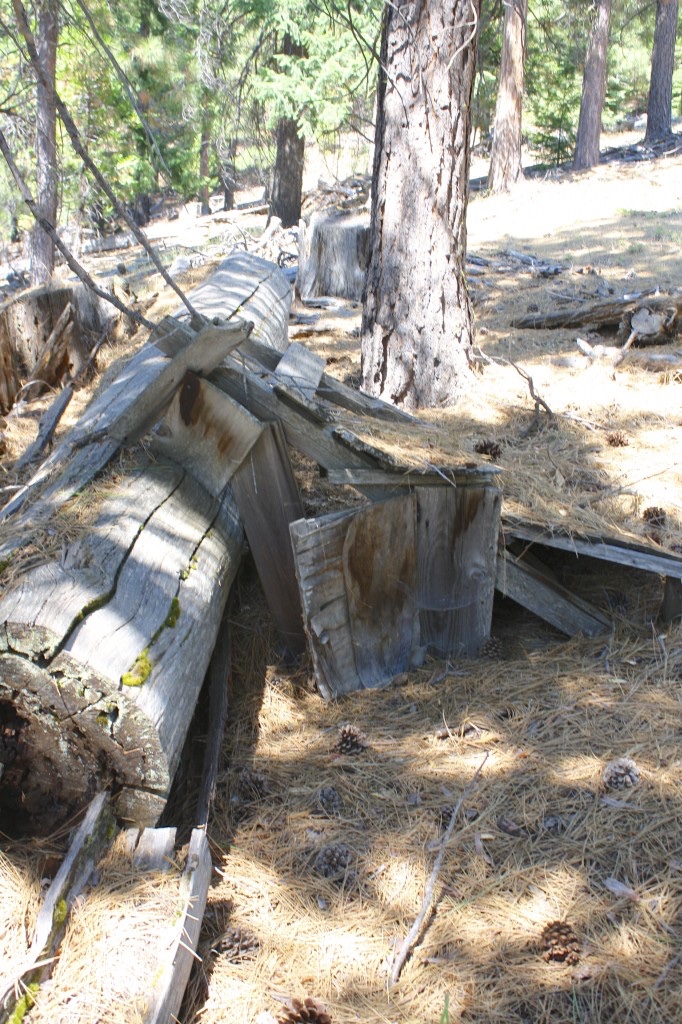 My little playhouse, complete with a door, built against an old log. Inside was a little shelf where I’d place my tiny tin dishes and old prescription bottles, pretending it was the kitchen. 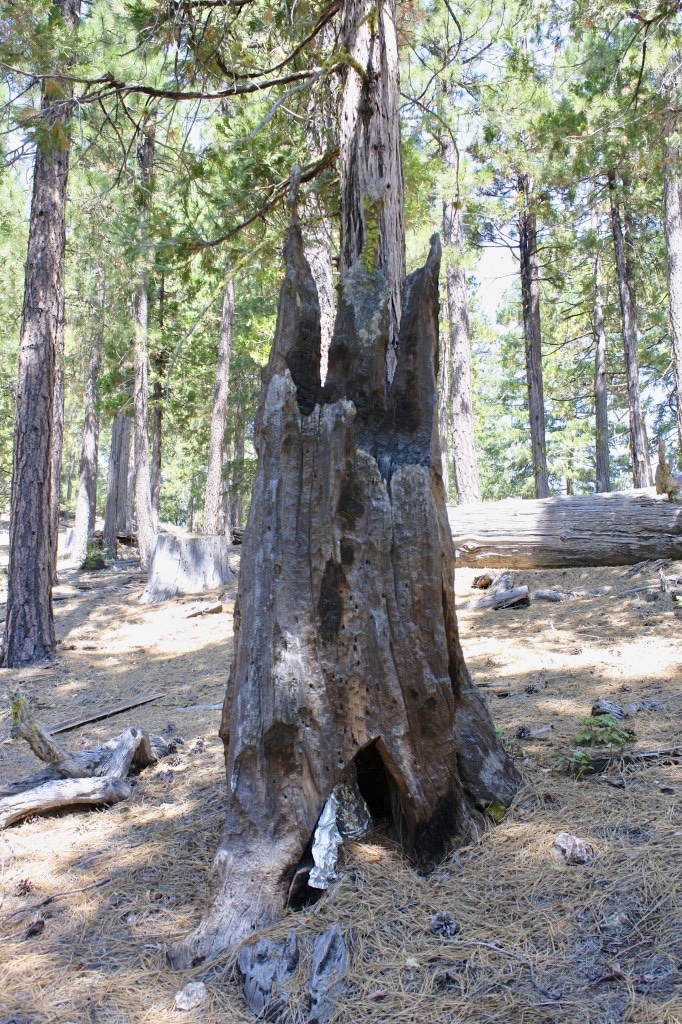 The snag that I’d climb in, sit inside of and dream. 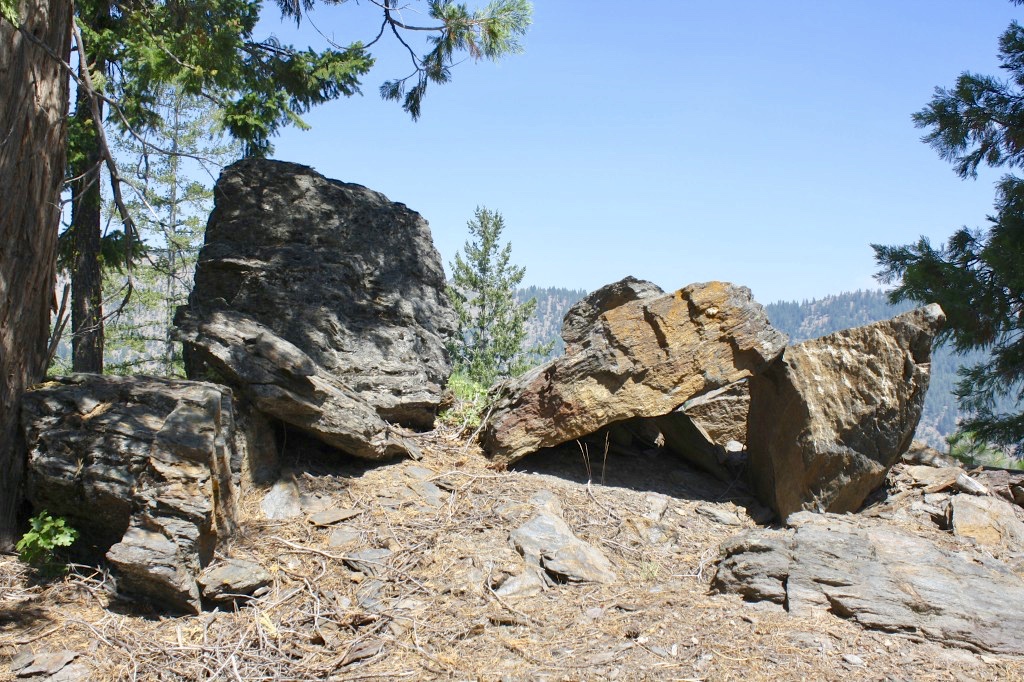 Rock House. I used to take my transistor radio up here and live in my house for the day.

I wondered if, when going back this last time, that I’d be overcome with emotion. But I was okay. I understand my parents choice to have lived the life they did and am thankful for the person I’ve become because of it. 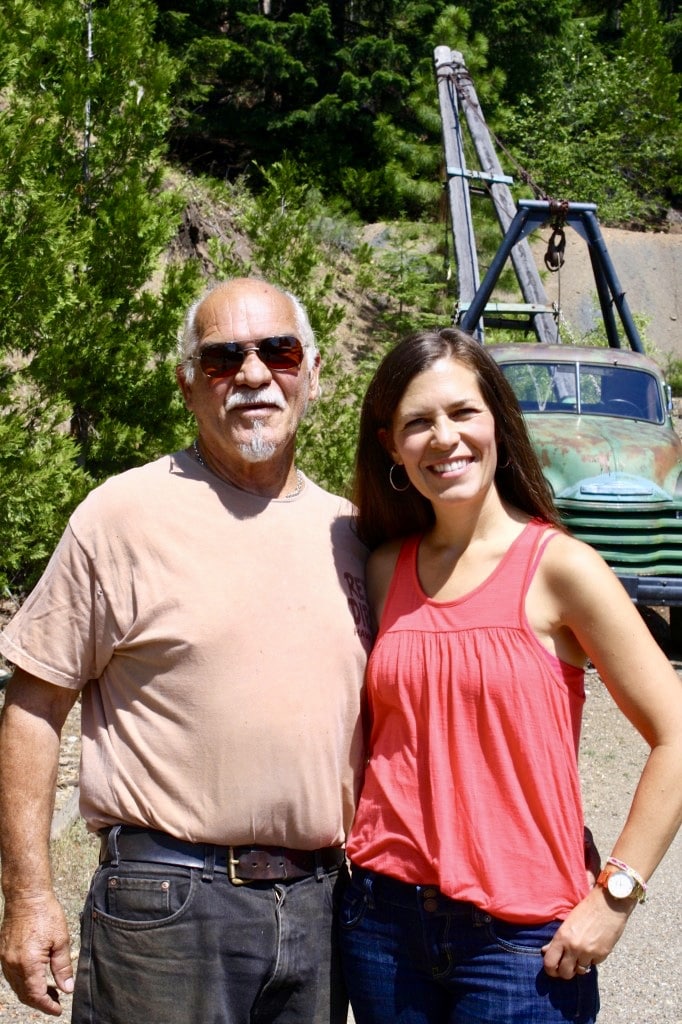 My dad and me.

My parents live in town now and in a place that in the past they’d never have considered for half a second. It’s incredibly amusing to hear them gasp every time they flip a switch to turn on a light or marvel at air conditioning and running water. And every time before they go to the store, they describe that it will take them 10 minutes, there and back, instead of 40 minutes each way. Every time.

Things are still “far-out!”, “groovy”, “copasetic”, and “a real trip”. Some things will never change. And that’s okay.