The Day My Intuition Saved Us

I’ve always believed that a special gift women are born with is their intuition and it’s something I’ve relied on all my life. I honestly believe that if we carefully listen to our inner voice, it can be intuitive. I will say that I think it’s something that drives Colin crazy from time to time. “How do you know that?“, he may ask. And sometimes I’ll respond that I just trust my intuition. For a very smart, level-headed man with an accounting degree, that just doesn’t make sense. And honestly, I know it sounds crazy, but it’s what I believe. And after the summer of our incident, Colin believed it too. At least for that one day anyway. 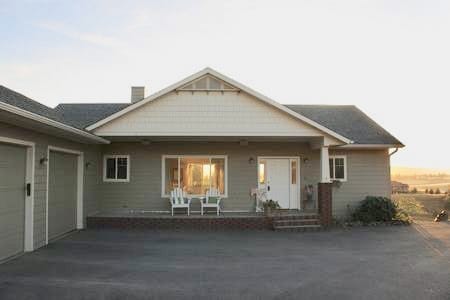 It was the middle of summer, back when we were living on the Prairie just outside of Spokane and our home that sat nestled into the hillside on Golden Hills Lane was roasting hot. With no air conditioning and cement siding, it just soaked in the sun and radiated heat. When the sun went down, the best solution was to open all the windows and doors and let the cool evening breeze blow off the prairie and through the house. But in addition to being a self-proclaimed intuitive person, I’m also a bit of a worrier (another trait we women are born with, right?!) and it freaked me out to have unlocked doors and windows. And because Colin is the wonderful husband that he is, he’d suffer through the heat and locked doors most nights.

On this particular morning, when Colin awoke, the house was unbearably warm. So he went throughout the house opening all of the windows and doors. And then he left.

At 7:00am I lay fast asleep, having a nightmare about two bears in the garden. It was one of those dreams that seems so real that I was awoken with a start. I sat straight up in bed and a sick feeling in my stomach pushed me to go look out onto the garden. I jumped out of bed and could feel the cool breeze on my bare feet. 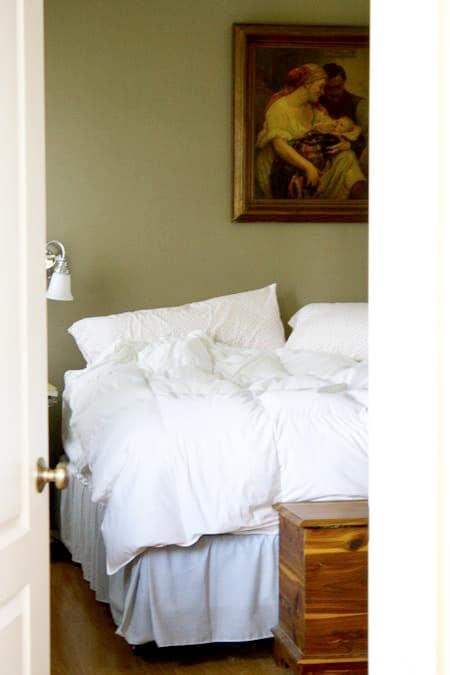 I made my way through the kitchen and to the sliding doors that lead out onto the deck that overlooked the garden just below. As I peered through the screen, I could make out the figures of two blurry men.

My heart stopped. And then it raced.

My contact lenses weren’t in and I couldn’t see well. I could see however, that their backs were turned to me and I had to make a split-second, half-asleep decision. Shut and lock the sliders? Run across the room and shut and lock the other sliders? Then all of the open windows too? Were the downstairs sliders leading to the boys rooms open too?I decided that any movement would draw their attention and I knew that I couldn’t possibly close everything up before they could get into the house.

Contacts in and seeing clearly now, I race to grab the phone and quietly race back to the sliders in the kitchen. I can hear Colin’s voice in my mind, assuring me that I’m worrying unnecessarily. Surely they won’t be there. Maybe it was just a dream.

They still have their backs to me and they’re looking up the hill towards my neighbor’s house.

I start to dial 911 and then I hear Colin in my mind again. What if they were meeting our neighbors husband that morning (he was always helping people with their cars) and for some reason they were just accidentally by our garden?So, I decide to call my neighbor instead and see if she’s expecting company.

My neighbor answers the phone and I can immediately hear that I’ve woken her up. “Leilani, is Jeff expecting company this morning!?”, I ask, in a loud panicked whisper.

Half-asleep, she answers no.

By this time, the two men are making their way through our field and up the hill towards her house.

“There are two men walking through the field from our house to yours”, I tell her.

She groggily tells me that she’s going to call her husband and she hangs up.

Heart pounding, hands shaking, I watch and wait for Leilani to call me back. It feels like a hundred years.

As the men reach the edge of her lawn, they immediately drop down on the ground and begin crawling towards her back door.

I race to call her back.

I call 911 and begin to explain our situation. And just as the men reach her back door, I can see something has grabbed their attention and they jump up and begin running for the trees and then towards the prairie below.

Before I know it, the hills are swarming with police from every direction. And they catch the men.

Turns out, there was a third, in a car, on the road between our houses. He had a police scanner and when our calls came in and the call was dispatched out, he radioed the two men who had just reached Leilani’s back door.

The two bearsmen were arrested and it turns out they had long rap sheets and many weapons on them that day. The third man got away. But most importantly, we were all okay.

And, even if only for one day, Colin believed in my intuition too.