This morning we awoke to our first snow of the season and I was reunited with the snowblower, which I think is one of the greatest inventions ever. It makes life so easy.

When I was a little girl, snow meant life was going to be a challenge for a while. Our three mile long driveway cut a steady, steep path winding its way up the mountain to our little cabin at 4,000 feet. And as winter rolled in and the snow piled up, access to civilization became harder and harder.  For a while, my dad would park the truck at the bottom of the road and we’d make the trek from our cabin to the truck and then dad would drive us to school. He’d spend the day at the saw shop with his logging buddies and then return to school to pick us up at the end of the day. And we’d make the hike back home again. But the snow would eventually get so deep that my little legs couldn’t make the walk and we’d become officially snowed in.

At first, we’d make the most of it – my siblings and me. We even tried to learn to ski, but the skis were wooden and had no straps and the rope we used to tie our boots to the skis just stopped us in our tracks.

So, we’d turn our attention to making igloos for snow bomb fights and make snow treats by drizzling maple syrup onto snow.  And then we’d head up the hill with our aluminum snow disks that we’d just heated up on the woodstove and covered in paraffin wax.  My sister would make the first run down the hill to designate the path, followed by my brother who would pack down the run and make it icy. My job, as the youngest, was the official guinea pig. One day after a huge snowfall, I sped down the hill on the “little sister test run” in my paraffin wax turbo blaster snow disk. And in a blur of speed, I nailed the jump that they’d made, unbeknownst to me, and became airborne. I landed on my back and was knocked out cold.  And after my dad was summoned to carry me home, I spent the next several days laid out on the floor, unable to move.

Eventually, I was able to walk again and the snow eased up. my dad dug out the crummy (our family suburban), chained up the tires, and we made the white-knuckle trip down on our unplowed road into town where I was finally reunited with my classmates.

This morning, as I was snow blowing, I glanced over to the window where Mr. Blue Sky was doing a happy dance.  And when I was all done, and came back inside, he met me with a huge smile on his face and camera in hand. “You’re amazing, mom!” he told me. “Thank you for taking care of the snow for us”. 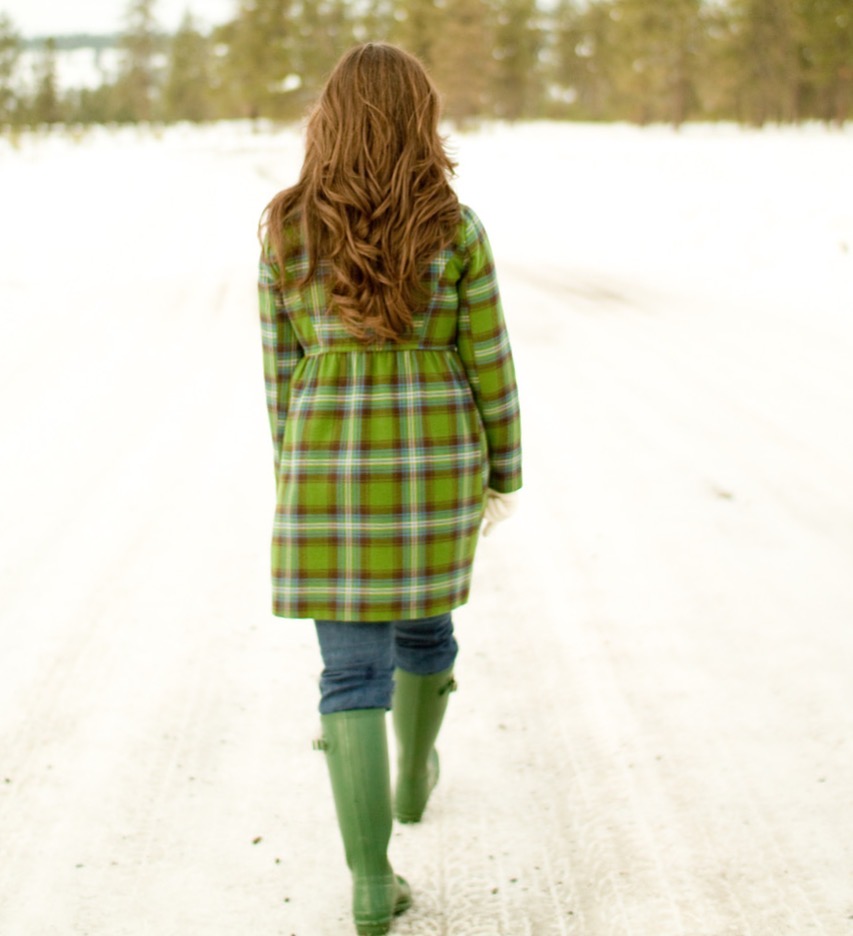