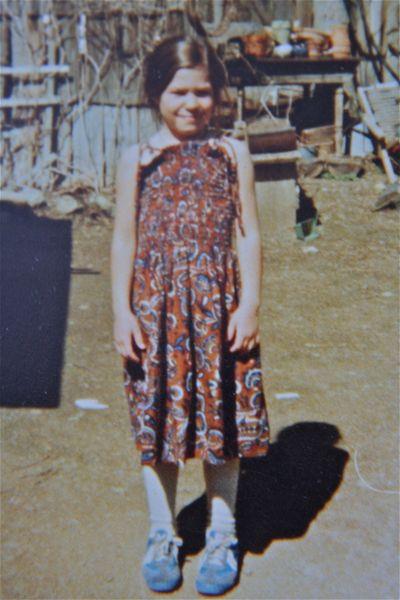 Growing up, we never had typical halloween costumes. Maybe because we were a hippy family who stood out from the pack anyway. No costumes required. But I was a child of the Seventies and had seen Star Wars.  So, I donned my coolest paisley sundress, threw on my tennies, gave myself a pulled-up hair-do, and became Princess Leia.

And boy oh boy, did we ever look forward to trick or treating! Our mom didn’t often allow sugar or cocoa in our home, it was honey and carob for us. So, Halloween was a very big deal. One weekend, when we were in the process of moving from our rickety little house on the river to our new property in the mountains, my siblings and I went to stay with Little Larry. Little Larry was one of a huge group of characters who were friends with our parents, and it was the hippy way to have some sort of a different name. Names like Mangey Mountain Mike, Ishanovi, Snake, Cat, and my best friend who I grew up with, Shotgunn. Anyway, it was just before Halloween, and after picking us up, Little Larry announced that he was taking us to Thrifty’s to get a bag of candy each. EACH! After a huge amount of indecision, my brother chose Hersheys, my sister Butterfinger, and I chose Starbursts. And we immediately set in on devouring our big bags.

Little Larry lived in a tiny little travel trailer on our property, with a little propane tank that, turns out, had a leak. So, we spent the night gorging on candy and breathing propane-filled air. When our parents came to pick us up, we were all incredibly sick. “It’s the refined sugar!” my mom exclaimed in despair and we believed her. That stuff is terrible, I thought and swore off Starbursts forever.