Over the last couple of weeks, I’ve received lots of emails and calls, checking in on me while I’m adjusting to my business as a solo venture. One thing I’ve learned throughout my life, is that there are many twists and turns, opportunities, and adventures. And even though I don’t know what’s around the next bend, I know that I’m enjoying the ride and I’m going to make the most of it. I’m finding my way. 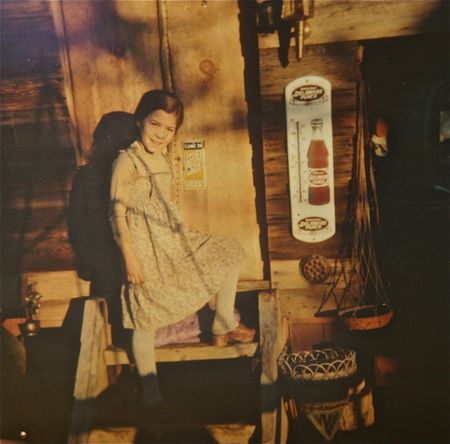 In the spring of 1979, when I was nine years old, my parents put my sister and I on a Greyhound bus bound for San Francisco, to meet an Uncle I had only heard of a few times before. And in those few weeks leading up to spring vacation, my sister and I made a point of learning everything we could about our Uncle, so that we were prepared. We learned he was a wealthy pediatrician who lived in Pacific Heights, a well-to-do area of the city, that he collected fine art, and dined at only the fanciest restaurants. And we were intimidated.  How do fancy people eat? What do they wear? Will we embarrass ourselves? So, we made a plan. We’d spend every day after school, at the library, learning everything we could about fancy people and proper etiquette.  Emily Post became our saving grace and we were ready.

The trip from our little town to the big city took all day and when we reached the San Francisco bus station, I had a pit in my stomach. We made our way to the exit and searched around for our Uncle. “There he is!”, my sister exclaimed, and she leaned down to whisper, “and he’s driving a MERCEDES!” I had no idea what that meant.

Our Uncle spoke with a fancy accent, wore a beautiful suit, and spoke of exotic adventures in foreign lands.  Our tour guide and shopping coordinator for the week was Jommit, whose father was the Financial Adviser to the King of Malaysia and a friend of our Uncle. We were out of our element, to say the least.

His home on the hill felt like a museum, and of course, had modern amenities like a telephone, refrigerator, washing machine and dryer, and extras like an enormous television – all of which were things we had never lived with or really ever been around. Our bed was a fluffy, comfy, down-covered wonder, and felt extravagant compared to the sleeping bag on a styrofoam-covered wooden platform I was accustomed to back home. So comfy, in fact, that my sister and I spent lots of time on that bed, watching TV, snacking, and drinking 7-up.  Until I spilled a whole can on the fancy comforter. And all alone in the house, we had no idea what to do.  Well, it’s wet, we thought. So, we set it in the dryer, for an hour on high heat, and went back to watching Batman. When our Uncle returned, his home smelled of smoke, and he discovered the comforter in the dryer, with a huge black hole in the center, burned through from the heated sugar in the 7-up.  We learned there was a place called the dry-cleaner, where special things like comforters should be taken.

The week was a whirlwind of local landmarks, fancy restaurants (where we discovered things like fondue and veal), luscious bakeries, and shopping extravaganzas. We took pictures of our food, limousines, pretty people, and window displays.  And I spent hours on the phone, for the first time in my life, talking to my friend, Nicky, back home, having no idea there were long-distance charges. $400 to be exact.

When the week drew to a close, and our Uncle put us on the bus back home, I cried and cried.  My Uncle had become familiar, a full-fledged part of my family at long last, and I didn’t want to lose him again.  “You’ve found your way here, Serena”, he explained. “And you’ll find your way again”.  And I did. Every spring break for many years to come. And I had the time of my life.

And as I’m making Farm Chicks plans, acting on long-held dreams, and moving forward, I understand that finding my way is a good thing, and I’m learning and growing all along the way.

P.S.  That’s me on the steps of our family gypsy wagon.  After our family stopped traveling the country in the wagon, it became my room.  I’ll make sure to tell you about it sometime.